I've been carrying a couple of ideas for a while now, but have never had the patience to expand on them. Each could easily suffice for at least an idea for a short story, however aside from entertaining some implications of those fictional and fantastic scenarios, I have neither had the time nor the patience to develop them further in writing. Perhaps one day. I suppose this entry is a small step in that direction. Recently I realized that they're related, yet capable of standing alone as seeds to a good story or even some philosophical speculations. I doubt that those scenarios are completely original, but are worth analyzing nevertheless. 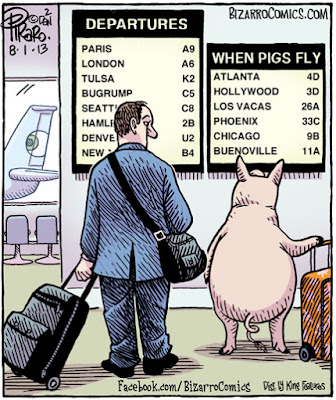 The hypothetical premise of the first idea is a simple one: imagine a world, much like ours, where people live a fixed number of years, say a hundred, but are otherwise immortal up to that point. That is, in that world all humans have a determined lifespan. The details of how they maintain their longevity are irrelevant at this point, but could be expanded on. However, since human nature is assumed to be the same the same otherwise, it's doubtful that this scenario would lead to a peaceful utopia. With greed, fear, and stupidity still in place, it would be naive to suppose that things would be altogether different in that regard. The world would merely differ in details---of how our wicked human nature would manifest---corresponding to its stipulated peculiarity.
Surely in this scenario warfare would have a completely different form, as killing would be impossible. Also, capital punishment would be impossible. However, given this single restriction, it seems that youth would be a universal commodity, e.g. young people would have a higher potential energy output, to be utilized one way or another. This wouldn't be that much different from how things actually are, so it's quite likely that warfare would resort to fighting for that resource, and protecting it. Moreover humans would still be free agents, and arguably could be persuaded to join any side more effectively than via brute force coercion. So it's possible that ideological wars for the youth's minds would still persist.

The second scenario/thought-experiment assumes the capacity of every human to annihilate another human by a single thought, in a way that it wold be impossible to trace. That is, person X merely thinks 'I wish Y to die', and Y dies. Now, each human would be aware of this ability, and could perform it with some limited frequency. This would be really an interesting scenario to consider. What kind of people would be most willing to use this ability indiscriminately? We could even not focus on criminals, and terrorists, but on "ordinary folks" in our investigations. Is there a monster lurking in all of us, which given the right opportunity would pounce with a lethal strike? Surely, guaranteed effectiveness plus impunity appears to be a set-up that offers precisely this kind of opportunity. Perhaps ordinary criminals, psychopaths, and terrorists are just either stupid, unaware of the immediate repercussions, or desperate in their actions, and that's why they're caught. Perhaps if the conditions for killing others were greatly facilitated, and the burden of responsibility completely eliminated, we'd realize that a lot more of us are potential killers in disguise? Or perhaps it would become evident that we're capable of doing great evils in moments of emotional upheaval and fury? I mean, what if every-time entertaining a thought 'I wish X were dead!', in a moment of rage, could actually make X drop dead? Would people be dropping like flies? Would this ability inevitably lead to extinction of the human species?