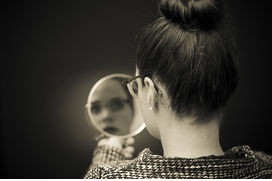 Capgras delusion is a disorder whereby a person holds a delusion that a friend, spouse, parent, or other close family member (or pet) has been replaced by an identical-looking impostor. I was wondering this morning what it would be like, if possible at all (I think it may be) to suffer from the peculiar case of Capgras delusion, whereby one believes themselves to be an impostor.
1 comment:

Whose smile is both dead and alive at the same time.

This is an early draft, so it contains some repetition, and is bound to contain some omissions and even minor errors. I'd love to hear what people think. Any feedback, suggestions and criticisms are most welcome! :)

GAME IDEA
This is just a very early, rough draft. It is initially intended to be a physical board game like Scrabble or Monopoly or Chess, but I see no reason why it couldn't be simulated as an application.
The game is a bit like logical scrabble, with the key difference being that you're describing an object (a toy possible world) rather than just concatenating letters to create words. So the sentences you formulate in this game are meaningful in a way that words are not in Scrabble. It would be no trickier than Scrabble in one sense and chess in another sense.
The idea of the game is to make true, first order logic sentences about toy possible worlds, which consist of and only of different species of animals, incorporating elements of both deductive and inductive reasoning. So the purpose of the game is to have both educational and entertaining value.

MOTIVATION
Speaking well is a knack. Speaking well and truly is a virtue.
The game could be for those that teach introductory logic, or any other subject for that matter, who would play with their students---the game should be graspable to 10 year olds, and appealing to nerds and smart kids in general. So all people who like puzzle games would benefit from its entertainment value, and teacher-student combos would benefit from its educational value. And not only the educational value of sharpening their linguistic and reasoning skills, but also reinforcing knowledge about the hierarchical relationships present in any subject matter, e.g. take the Linnean taxonomy, geometrical figures, numbers, or even philosophy!

LANGUAGE
- The language is mondaic first order logic. Moreover it's simplified to consist of atomic formulas only (and their negations), so to that end we employ bounded quantification. To make things easier no other logical connectives aside from negation are used. In addition, each animal comes in various colors (say, green, pink, blue), and can be either happy or sad (in future versions of the game I foresee animals that can be both or neither).
- So the kind of sentences that are made would be for instance 'All giraffes are happy', 'Not all green giraffes are sad', 'Some snakes are red', 'Some happy snakes are blue', 'All happy pink animals are horses', etc. (We could also partition the species of animals into classes, like mammals, reptiles, birds, fish, and add the corresponding predicate letters to the language.)
- The bounded quantification approach works in a way to dispose of the need of any other connectives except negation. 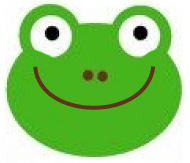 STARTING OFF
- Players have an unlimited number of universal quantifiers to start off with.
- Predicate letters (species, animal classes, colors, attitude), negations and existential quantifiers are drawn at random from a box.
- Animals are drawn at random from a box.
- The game starts off with a handful of animals, say 5, picked at random, and placed randomly on a 8x8 grid, say, which constitutes the initial state of the world. 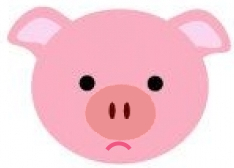 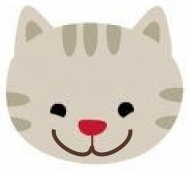 POINT SYSTEM & SCORES
There is a set number of turns, and the objective of the game is to end up with the highest amount of points after the last turn.
- For example we may set say 100 possible individuals, e.g. 10 species, 5 colors, 2 attitudes.
- The game starts with 5 randomly picked individuals.
- Existential sentences are worth less then universal sentences and get a once-only score (unless we introduce dying off of individuals), whereas universal sentences accumulate points, each turn, for as long as their truth "survives". So the final score that an universal sentence gets at the end of the game is how much it is worth, multiplied by the number of turns that it stays true. The score of universal sentences will be proportional to their quantifier's range, or more precisely, to the probability of the sentence's counter-example. Let me explain the rationale behind this in the following example.

EXAMPLE: Consider a world consisting of animals, of which half are sad and half happy, and each animal is either blue or red with equal probability. We can represent the individuals occupying that world by the set {B, R} x {H, S}, e.g. (B,H) corresponding to a Blue and Happy Animal. Now consider the sentences 'All Animals are Happy' and 'All Blue Animals are Happy'. The probability of a counterexample to the first sentence is P(~H|A) = 1/2, because there are as many happy as unhappy (sad) animals. Similarly, the probability of a counterexample to the second sentence is P(~H|A & B) = 1/4, because half of all animals are blue, so not just any sad animal would suffice for a counterexample here (as it did for the first sentence) but one that on top of that is blue. We could transform those probabilities to some integer values for the actual score, so perhaps have P(X)=1/n give a score of  |A|/n, where |A| is the total number of animals. 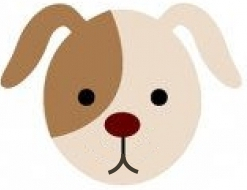 - Existential claims would be a function of their strength, since you need more predicate letters (remember you only are allowed to draw one per turn) to create a stronger one, e.g. 'Some cows are happy' would be less valuable than 'Some blue cows are happy'. I'm inclined to set the score for existential sentences to be inversely proportional to the probability of their truth. Here's the rationale. It's not only easier to make weaker true existential claims, because they're more likely to be true, but also formulating stronger claims requires more predicate letters, and you only get one per turn. So following the world from the above example, and sentences 'Some animals are happy' and 'Some Blue Animals are Happy', we see that the probability that the first one is true is P(H) = 1/2 (so the score would be, say 2) and the probability that the second one is true is P(H & B) = 1/4 (so its score would be, say 4).

A scoring system as described above would introduce an incentive to strategizing, but to be honest I'd prefer a game that focuses on the linguistic and logical aspects, rather than the quantitative ones that involve sophisticated probabilistic strategizing that gives the players an edge. If the game was an application, then the scoring could be done automatically, so players would just follow their natural (and naturally flawed :) intuitions, making the game that much more fun! :) 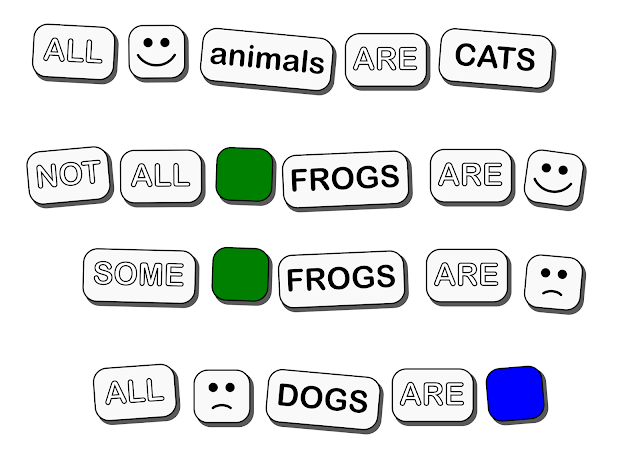 APPLICATION VS PHYSICAL BOARD GAME
- I had this idea, if the game was an application, the app would prompt you about the aletheic state of your sentences, e.g. to have true sentences light up green. Similarly, have the app prompt you whenever one of your sentences becomes falsified by a change in the state of the world (i.e. addition of counterexample animal, or random dying off of an animal) by having the sentence light up as red. This would be very helpful, so you don't have to keep track of the aletheic state of all your sentences. You could then re-use the elements that make up that false sentence to construct another one. Also if the game was to be an application, all the scoring would be done automatically.
- The random dying off of individuals could be made by having the world as a grid, say 6x6 or 8x8 or 12x12 and you'd throw a pair of dice for each coordinate to determine the individual that dies. Of course all of such physical limitations (Platonic solids as dice, or other contraptions) would be easily surmounted if the game was an application.
- If created as an app the toy possible worlds could be customized by potential players themselves to fit any subject matter they like; not merely animals, but fantasy characters, aliens, numbers, geometrical shapes etc. as well.

DESIGN
I'm currently making some mark-up "screenshot" sequences of turn-pairs that illustrate the general idea for the design, and some key ideas. I'm hoping to get them done by the end of December 2016.
No comments: