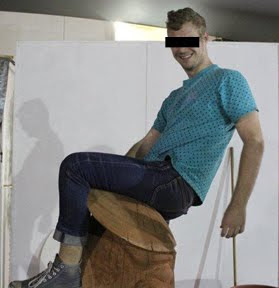 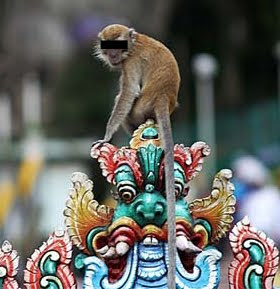 An artist doesn't need a lecture on the value of art or the creative process in general. It is a blessing of the muses, a charitable gesture of serendipity for which all artists yearn like junkies. Why is that? Because both the creative process and inspiration are what an artist's soul feeds on and is defined by, which makes them sacred. They're sacred gifts whose value largely springs from their ephemeral and inconsistent nature due to the muses' capriciousness.

Therefore it seems natural that to a genuine apprentice of the muses the acquisition of a respect for the value of this gift and the recognition of its instantiations in the form of "perceivable artworks" is inevitable. It follows that the role of an art school should be both to aid the apprentice of the muses to evoke the longing for this gift, and nurture a respect for its instantiations.

It has come to my attention that during a recent social function at the Queensland College of Art (Griffith University), students have been physically tampering with an unfinished sculpture of one of their absent colleagues. This included climbing on the sculpture en masse, and ultimately soiling it with sand and what appears to be alcohol. Whereas such behavior should be generally labeled as disrespectful or thoughtless in the least, within the artistic community it is nothing short of a profanation.

One may be tempted to endorse a more sympathetic stance, and claim that the students deserve a measure of consideration due to their sheer ignorance. As a proof of their naivety serves the fact that by publishing their photos of the function's activities on Facebook, they did not care to exclude those of the sculpture being tampered with. To the contrary, judging by the number of photographs depicting the activity in question, it seems that it was one of the evening's highlights. Imagine the fury of young "Phidias" upon discovering that the profanation of the progeny of his inspiration served as a vehicle of base amusement to a herd of intoxicated morons.

Pleading ignorance, may get the students off the hook, but the story does not end there. A senior  lecturer and a PhD student were present at the function, as evidenced by the published photographs, which makes them passive participants. What is one to say of the ignorance of those senior figures of an artistic and academic institution? Why didn't they react? Did they succumb to a momentary primitive group think? Were they so overwhelmed by the libations as to be completely oblivious of the surrounding goings on? Or maybe their formal statuses are merely empty labels masking equally ignorant individuals? Surely all those alternatives seem equally unthinkable!

The senior academics are denied a plea of ignorance. If that was granted, what would that imply about the school (QCA) which they represent? After all it would be dreadful to permit the thought that the "Art" in QCA is also just an empty label. So let's give the school the benefit of the doubt and suppose there does exist a genuine spirit of art within its walls. But that would seem inconsistent with the described incident!

What went wrong? Consider this. I'm quite sure that once the story surfaces, the highest ranking bureaucrats of Griffith University Inc. who are more concerned with avoiding liability suits, and making a profit then actually focusing on educating the youths would be appalled that such misconduct had occurred: "damaging a piece of art without taking the appropriate safety measures? The photos clearly depict students climbing the sculpture without adequate headgear and goggles! This is an outrage!".

I can take the story "UNSAFE PROFANATION" only as a fiction. Otherwise the behavioral of those involved must be treated as a primitive hooliganism similar to those incidents that occur in parks, railway stations and bus stops late at night where drunk and deranged youths thoughtlessly destroy property.

Please confirm that it is just your imagined story...

This is fact, not fiction.

I think that you are insulting the monkey by placing both photos next to each other...

And we consider the Middle Ages as a DARK AGES?

Hi Mariusz, that is a very interesting scenario.... this is what happens when people allow themselves to be subjugated by y gen ignorance and that in collusion with a broader societal shift towards fascist principles. It would be useful to define what is meant by the word education. It is no surprise to hear such an affrontation can occur in this climate of continued derision of the artist in society. Someone i.e. me will say WAKE UP TO THE FACT THAT THE TRUE ARTIST FUNCTIONS OUSIDE OF SOCIETY. That is not to say outside the law nor ouside basic principles. People have short memories and it is ironic that a sculpture so quickly can become the target of mob hysteria. I suggest that a large sign saying DO NOT TOUCH is placed in front of said sculptures at future events.Furthemore, should not an Art school adhere to ART principles as opposed to legal principles, and logic would say where are the principles, as I think therefore I am sure that a law school is not an Art school. Nether is it permissable to treat art as a spectator sport. As someone once said Carpe Diem. Se la Vie.

Thanks for your thoughtful reply Poetica:)